Twenty-two permanent drivers will compete in the FIA European Rallycross Championship for Supercar, with those that finished P2 and P3 in the series last year, France’s Jean-Baptiste Dubourg (Peugeot 208) and Norway’s Thomas Bryntesson (Volkswagen Polo) set to return with their eyes set on fighting for the title. Dubourg will be joined by his brother Andrea in a second Peugeot 208 for the DA Racing team.

Driving the Audi S1 that won the Euro RX title last year with Robin Larsson will be Norway’s Ben-Philip Gundersen, the former FIA European Rallycross TouringCar Champion stepping up from the RX2 International Series. He will be joined on the grid in the JC Raceteknik team by Belgium’s Enzo Ide, making his return to motor sport after a lengthy stay in hospital last year.

Also graduating to Euro RX Supercar from RX2 will be double RX2 champion Oliver Eriksson, driving an OlsbergsMSE Ford Fiesta. Sweden’s Eriksson, who has raced a Supercar in RallyX Nordic for the last two seasons, will be joined on the Euro RX grid by a number of fellow Fiesta drivers in 2020.

Sweden’s Linus Westman will return to Euro RX after selected appearances in the past for a full time campaign with a Fiesta entered by his own team, with Denmark’s Ulrik Linnemann also returning to Euro RX after a year away, with his own Linnemann Motorsport team running a brand new Fiesta from its stable.

Former TouringCar front-runner David Nordgard, from Norway, will race a MK8 version of the Fiesta as he steps back into international competition, as another former TouringCar racer, Tobias Daarbak, who came close to winning the rear-drive title in 2018, will make his Supercar debut with an ex-Michael De Keersmeaker Fiesta.

Finland’s Jere Kalliokoski will also make his Euro RX return with a STARD-built Fiesta. The Finn previously raced for Albatec Racing and G-Fors in Euro RX, but last year competed in RallyX Nordic and the Finnish Championship. The G-Fors team will also be in permanent action this year with a Renault Clio RS RX for French Championship star Philip Maloigne.

Norway’s Sondre Evjen will compete alongside World Rallycross star Johan Kristoffersson in the Kristoffersson Motorsport team with a Volkswagen Polo, a similar car to the one that of both Sweden’s Philip Gehrman, who returns to Euro RX after previously racing a Per Eklund Beetle in the championship, and Czech Republic’s Ales Fucik, the autocross driver switching to the Polo from a Skoda Fabia last season.

Hungary will be represented by Tamas Karai with his Audi S1 and Attila Mozer with his ex-Albatec Racing Peugeot 208, with Mandie August (Seat Ibiza) flying the flag for Germany as part of the ALL-INKL.COM Muennich Motorsport team.

Sweden’s Pontus Tidemand has joined Hedstroms Motorsport for 2020 to race a Volkswagen Polo alongside his rally programme in the WRC this year, as Sweden’s Andreas Carlsson brings his self-built Renault Clio to Euro RX for the first full time programme and Dan Oberg will race a Volkswagen Scirocco. Estonia’s Andri Oun is set to debut a Ford Ka in Euro RX with experienced team Reinsalu Sport.

But, 2019 Holjes RX Super1600 winner Marius Bermingrud has switched to a Tedak Racing run Alfa Romeo Mito for the 2020 season.

Due to the ongoing concerns over the COVID-19 (coronavirus), event organizers and the local authorities have been forced to postpone the opening two World RX rounds of Catalunya-Barcelona and Portugal which would have included Super1600 events. As a result, a Super1600 round has been provisionally re-scheduled for Germany on August 1-2.

In view of the current situation, the re-scheduing of the Portuguese round is under discussion. 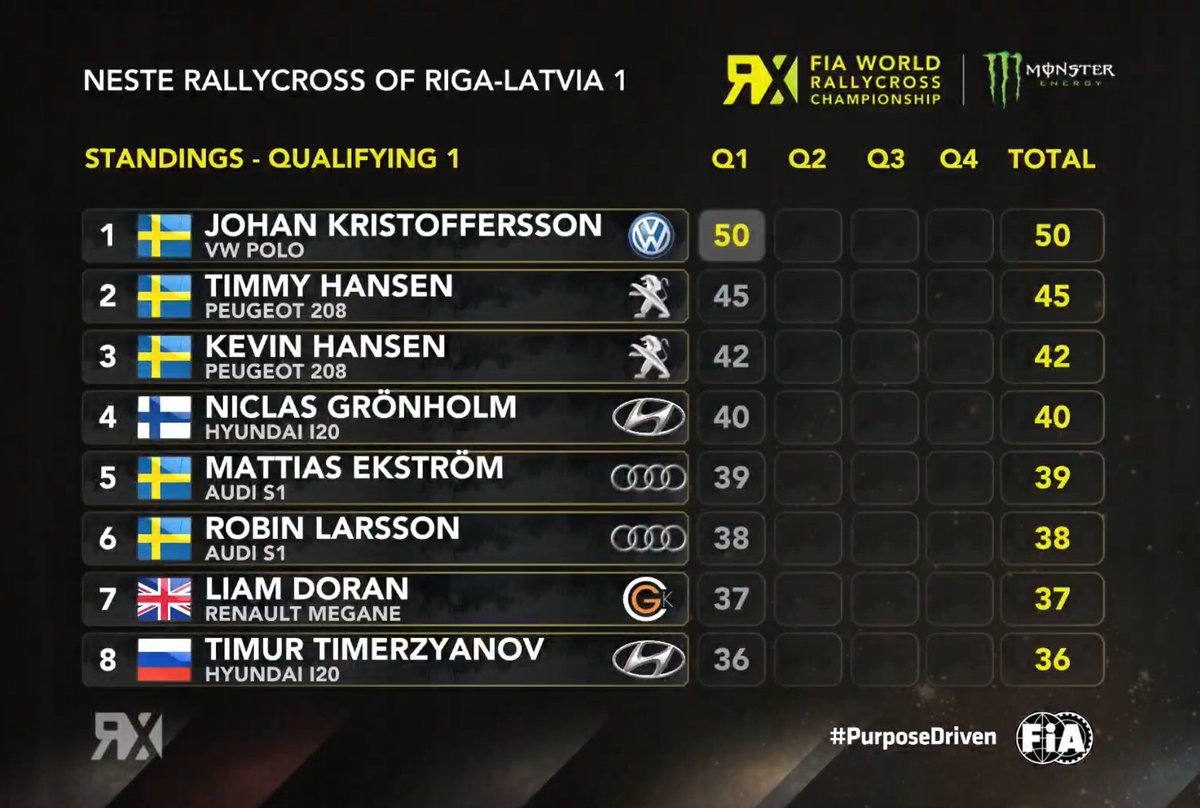