Norway’s Andreas Bakkerud took first blood in round six of the FIA World Rallycross Championship, the Swecon World RX of Sweden, in possibly the most dramatic World RX qualifying session ever.

Bakkerud took the hole shot in Q1 race five and held off Finland’s Niclas Gronholm for the first two laps to take the race win and fastest time, but for a number of the other potential Holjes RX winners, things didn’t go so well.

Starting from the outside in Q1 race 2, Championship leader Timmy Hansen was forced wide into the gravel trap on the outside of the first turn, then punctured his left rear tyre on the turn three jump and was only P21 in the session.

Russia’s Timur Timerzyanov won a chaotic Q1 race 4 but his GRX team mate Reinis Nitiss rolled his Hyundai i20 at the first corner after clipping the inside kerb, pushed to the inside by contract from Team STARD’s Janis Baumanis and Timerzyanov.

Gronholm took P3 in Q1 behind Timerzyanov by passing Great Britain’s Liam Doran out of the velodrome corner on lap three of race 4, but Doran crashed heavily over the finish line after contact in the last corner with the recovering Anton Marklund, who went off at turn one together with Netherlands’ Kevin Abbring.

Team Hansen MJP’s Kevin Hansen started on the outside of Q1 race 1 but survived the first corner and overtook GCK Academy’s Rokas Baciuska during the race to take P4 in Q1, with Baciuska P6, behind Baumanis.

Both Olsbergs MSE drivers Kevin and Sebastien Eriksson were both involved in dramatic first corners and complete races, but both are inside the semi-final positions after Q1, together with 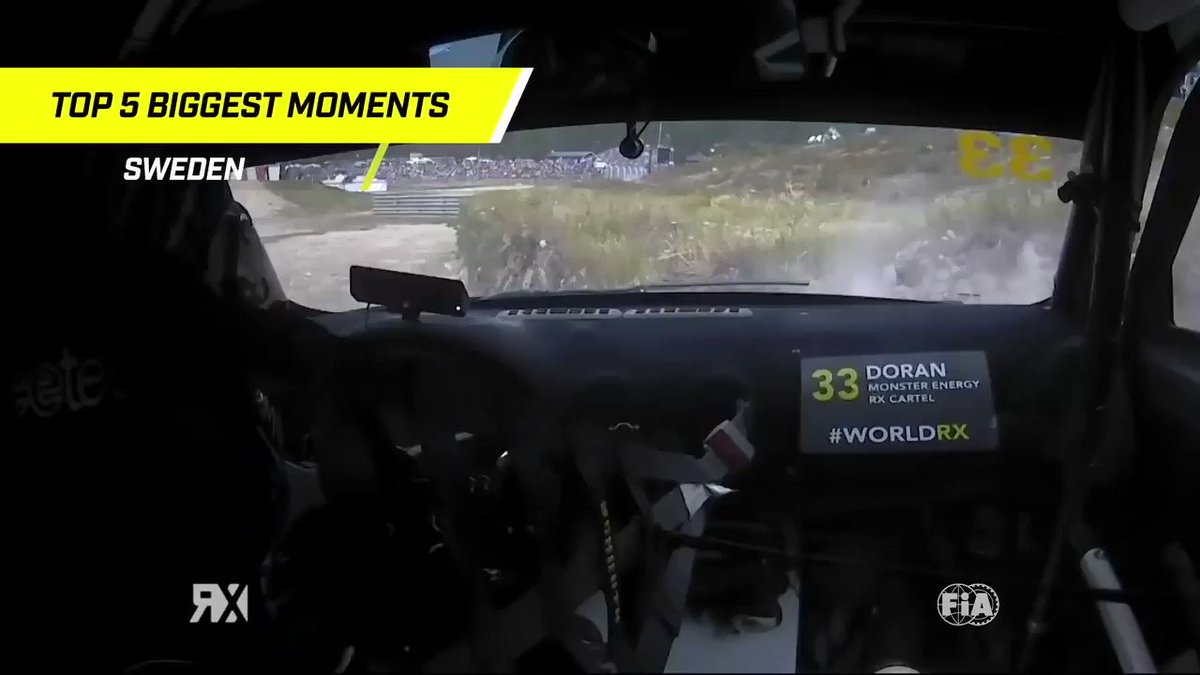